Doing Your Job Is NOT Persecution

For a good part of my life, I identified as a Christian and at one point I was even pursuing the ministry as my 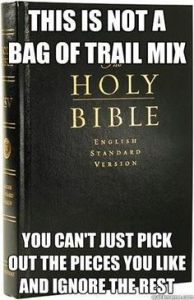 vocation. Today, I identify as Agnostic at best (leaning toward Atheist). How did I make such an astonishing transition? The biggest change was I began to empathize rather than feel victimized. What propagated the change? I admitted who I was not only to myself, but publicly – I am a gay man. It took me YEARS to accept myself and eventually learned not to feel shame about being who I am. Recent “religious freedom” laws are only good for reinforcing the “IDEA” that Christians are losing freedoms or are being persecuted – which is irrational and asinine (using it now I wish it were spelled ASSinine). 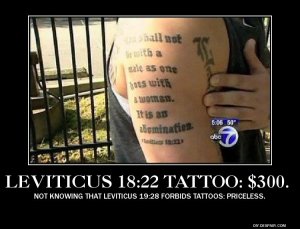 too many hypocrites. I was brainwashed by my years in the church and could easily counter that excuse by explaining all the good the church and Christians do. Once my perspective changed, I was amazed I was so blind. I tried reading and studying the Bible more and that just convinced me more the excuses I had heard were valid. The  hypocrites had their justification because the Bible can support most any prejudice. There are few things “Christians” hate more than when someone can use the Bible against what they are doing and saying. I have written before that more “Christians” should be called “Biblicans” because the hatred and intolerance they feel can be  justified using the Bible and there is NOTHING Christ like in their behavior – based on HIS teachings. The saddest thing to me is how they are blind to their hypocrisy.

The “thing” is… Atheists don’t need proof there is nothing! lol

I want to understand WHY Christians in the United States feel they need these religious freedom laws? As I see it… the freedom they want is to force others (the general public including gays) to be bound by their religious beliefs. Why would others (especially gays) having equality be a threat they need freedom from? What right have they lost or need protection from? Oh, the right to discriminate against gays; to make sex and contraception subjected to their views. Hobby Lobby is who I blame for all this shit! Providing contraception to employees should not be based on religious beliefs of the company. If the employees were forced to receive contraception, then it would be different!

The paranoid idea that religious freedoms are under attack is fueled by the likes of Fox News constantly having “news” (or rant) pieces about things like “The War on Christmas” that help bolster their ratings! Have they not been inside a WalMart in September? Christmas is in full bloom in the US for at least four months! Saying a non-offensive greeting like Happy Holidays is a threat? They need to go overseas to understand war on Christians. There are persecuted Christians in other countries. Like the boy that cried wolf… I have grown numb to their ideas of persecution.

It could also be fear of having to do their job for someone they USE religion as an excuse to justify their prejudice, 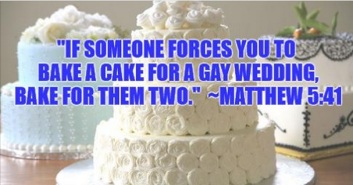 discrimination, or even hatred. All this bullshit about bakeries being FORCED to make cakes for gay weddings is RIDICULOUS! Christ taught “If anyone forces you to go one mile, go with them two miles.” ~Matthew 5:41 A blog by Jessica Kantrowitz (http://tenthousandplaces.org/2015/04/01/bake-for-them-two/) explains this better and in a more pleasant tone than I can. Memories Pizza in Indiana received more than $850,000 from sympathetic “religious” folks for closing 8 days after standing up to a hypothetical situation that gays would force them to cater and serve pizza at a wedding. They felt persecuted for publicly stating they would discriminate against gays.

While I respect Memories Pizza’s rights to believe what they want, it is that they made a fortune given by others that are also paranoid, scared, and frightened by unrealistic hypothetical situations that would not happen. #1 – it would be very unlikely that Gays would ever serve pizza at a wedding. #2 – anyone getting married (gay or straight) asks not forces people to make cakes, take photos, or even plan their wedding. Who wants hate cake, an unhappy photographer or an unenthusiastic wedding planner?

A GOOD reason for a gofund me! http://www.gofundme.com/pizza4equality

Bill Maher has asked why moderate Muslims have not been as vocal against the likes of ISIS. I ask why aren’t moderate Christians more vocal? I know there are moderates and extremist in any and all religions and beliefs. But the problem I have is when the extremist are ALLOWED to be the LOUDEST voices, the moderate and reasonable are complacent with what happens in the name of their religion or beliefs! I only wish I could be louder for gays, reasonable people and the nonreligious; but when others join in… we will be louder than a gofundme for hypothetical and unreasonable prejudices!

Why are Christians so BLESSED?

Jesus even taught,“Blessed are those who are persecuted for righteousness’ sake” (Matt 5:10). If the LGBT community HAD equal rights, there would be no need for gays or objecting Christians to stand up for their rights… we would be equal and Christians in the US would no longer feel so hypothetically persecuted!

Blogging is not free!  Please help cover the costs!