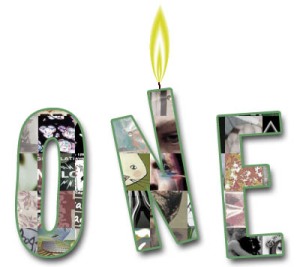 Today is not only my birthday but most importantly to me it is the 1 year anniversary of my little blog experiment.  Oh so much has happened in this year – most reported here!  Over this year, 3,350 visits were made to the site from 57 different countries!  Of this number about 20% are regular visitors.  Thanks to all who have read my blogs and even a bigger thank you to any that have shared comments and given feedback!

The plan is that January 1, 2011, the blog address will simply be http://www.thomasajohnston.com.  Now most of the blog is visible with that address, but hopefully by January 1st it will be fully functioning.  I hope to improve my writing skills and based on my health hope to spend more time writing so you may find something that entertains, inspires or even encourages you or just interests you enough to keep visiting!! 😉 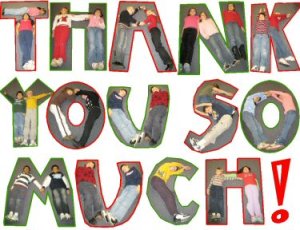 God Made Me Gay

Jesus Looves ALL His Children!!

At the end of May, the story of my childhood trauma was shared.  I was asked recently, “Were you born gay or did being molested at such a young age make you gay?”   This made me think: was I born this way, was I seen as gay at such a young age that this made me the target of the molester, did the molester set into motion the very act that would “change” me, or was this as many say, part of God’s plan?

I have always been a little different.  I did not enjoy sports, hunting, fishing… all the things most other “southern boys” enjoyed.  At even a young age, I enjoyed politicking – meeting people, working the room.  For me, this experience mainly came at church.  Was my friendliness an openness to giving the little old ladies a kiss an early sign of my potential gayness, or just a means to get some free gum and candy from the little old ladies?  Even for gum… it was not worth it for the other kids.

Was the secret I carried haunting me and “changing” me even at that time? Or to the theory that I was already gay,  my psyche could have already been prepping me for a life of being “different?  Were my keeping secrets, not telling anyone what was going on with me early gay defenses?  Was the fear of revealing I was molested also demonstrating my fear of being “found out” that I was gay?

My Mom Is Far From Being Proud!

Once I explained to my mother that either way…. my being gay was a result of “God”.  1 – either I was born this was as God intended or 2 – God did not prevent the molestation, thus creating my gayness at that point.  Her strong belief in God effected me in such a way that I distanced the “type” God she has so much faith in.  I cannot have such faith.  I believe in God as a creator and spiritual guide for my life, but not the God so many cling to out acceptance of a 2,000 year old book written by men.  I do not doubt that these authors and editors had the best intentions, but they were men who no better understood God then than we do today.

The Bible that so many embrace has been used as a weapon against me.  I have studied the Bible to find salvation.  But what I found is a book people cannot see for what it is…. a guide.  It is not the produce section at the market where you pick and choose what you want to take from it.  NO ONE has the ability to digest ALL of what the Bible says one must do.  One cannot condemn someone for being gay while claiming to love thy neighbor. It is a book with too many contradictions.

It Is Easier For The Gays To Love Christians - Some Are Really Cute!! 😉

Some say that what the Bible says is unchanging, but no one today stones their children for disobeying (Deuteronomy 21:18-21), accepts selling their daughters into slavery as permissible (Exodus 21: 7-8), women wearing pants is not seen as an abomination (Deuteronomy 22: 5) or even that eating shrimp is an abomination (Leviticus 11: 9-12).  But yet they hold to the Leviticus 20:13 passage that says, “If a man lies with a male as with a woman, both of them have committed an abomination; they shall be put to death, their blood is upon them.” as unchanged.

I will never really have the luxury to know the answer, because I was molested and I am gay – WHY is not important!  I spent my childhood hiding what happened and most of my adolescence and early adulthood denying who I was.  What I do understand is, as humans, we are not capable of fully understanding who God is or what He wants.  Jesus did say the greatest commandment was to love one another.  Why can’t we just do that?

Help cover the cost of this blog: