John Leguizamo has been on the guest list for my dream dinner party since the first time I was asked who would I invite.  Through the years I have grown to enjoy his work more and more.  When he first came on my radar was as a fart joke, irreverent comic that had no need for the term “political correctness” in the movie The Pest.

Through the years he has juggled comic and very serious roles and excelling at both.  He has won an Emmy Award, a CableACE Award, multiple American Latino Media Arts Awards.  He has been nominated for a Golden Globe and Screen Actors Guild Award.  For his writing he has even won the Norman Lear Writer’s Award.

I have written and compared myself to his character Sid the Sloth from the Ice Age movies.

Sid is my favorite character followed closely by Walter from Gran Torino.  I feel I am the love child of Sid and Walter, a loveable character that most either love or hate. I call my friends my herd.

Long before I could even admit to myself I was gay, I could admit that John Leguizamo was a sexy guy.  Now that I spend as much time as I can in Colombia, South America; I must consider I must have subconsciously known he was Colombian and was the seed for my love of Colombianos.

Another reason to love him is his willingness  try adventurous characters like Chi Chi Rodriguez in To Wong Foo: Thanks for Everything, Julie Newmar, which led to his Golden Globe nomination.

His inclination to chose (or accept) independent films is endearing to me.  The independent film, Where God Left His Shoes (a Sundance Film Festival winning film) with his child co-star David Castro broke my heart.

David’s character was needing to feel some love and the chemistry between the two was amazing!  From the beginning of the film I only saw characters…. I did not see the acting, the two made it feel voyeuristic or like a documentary instead of actors playing roles.  Young actors (especially in the Latino community) like David Castro I think benefit from working with such a versatile, powerful actor and role model like John Leguizamo..

Recently on an episode of Tosh.0 on Comedy Central, Daniel Tosh featured a web site http://www.celebritynetworth.com.  As you can guess the website posts the estimated net worth of celebrities.

John Leguizamo was one of the first actors I checked.  Not just to know what he was worth, but to see if he had the success I thought he should have.  At $25 million I was happy and proud for him, although I feel he deserves more!  I cheer for his success professionally and financially, but he will always have a place for a hot meal at my dream dinner party! 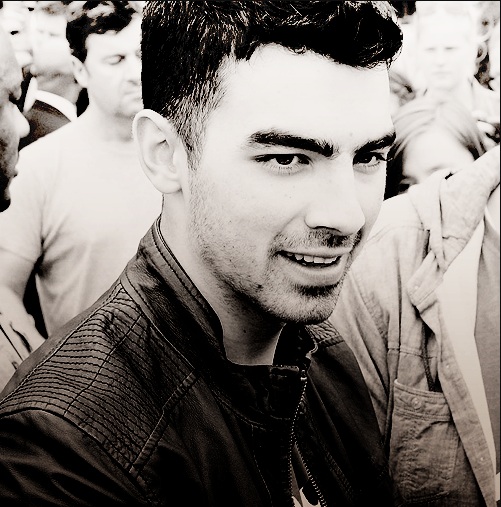 I never got “into” the Jonas Brothers, they were just too bubble gum pop for me.  But earlier this week 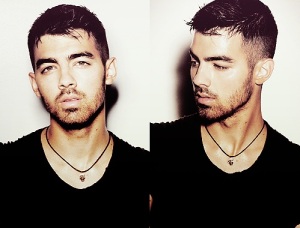 I saw the début video for Joe Jonas’ solo single See No More (link below) and was impressed.  Now one thing many of my celebs of the week will have in common – good looks!  Ok, most have to admit he has matured to be quite a hot young man!  But that is obvious and he does not need me to defend his hotness!   He has shed the boyish cuteness he had when performing with his brothers and starts his solo career with a new more mature and frankly manly look.

Other than his looks, why do I like him?  His new song See No More.  With lyrics like:

“It was so easy to trust you baby
Guess I was so stupid baby
I didn’t ever think that this would come
You’re runnin right to another one
You walked away from me baby
You threw it all away, so”

I connect with the lyrics of the song.  I looked a pictures of an unrequited love too long and now I don’t want to see no more!  Just like my love affair with Maroon 5 (link below), even what may be considered by some to be cheesy pop, if I relate – I am a fan!  So, since I relate to his first solo effort, it could be the beginning of a great decade for Jo and I!  I do mean relationship as in I relate to his music… not let’s get married…. although!!  lol

Another common factor that will be found in “My Celebrity of the Week” is humor!  Someone that appears to be the type person one would would enjoy having at their hypothetical dream dinner party.  Someone that does not take themselves too seriously and can laugh – even at themselves.  Joe Jonas had me in tears laughing at his take on Beyoncé’s “Single Ladies” ! (link below)  He has to be good-natured or he would have deleted the video after seeing some very mean and hurtful comments that were made about him. 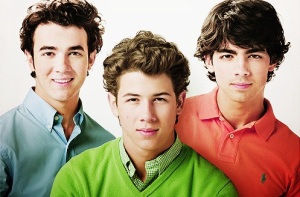 As a part of the world-famous Jonas Brothers, each brother had their character to play.  Older Brother Kevin, boy-next-door; younger brother Nick, heart-throb; kind of left Joe to be the sexy one.  Well once again his good nature shined as he has endured being also called the gay one.  Being gay myself, I know how I hated being called gay, I have empathy for a straight guy having to endure the name calling.  Even if he were to be gay, who cares… he still pulls off being the sexy one!

Considering the fame he has experienced a large part of his life, he seems rather grounded when I have seen him being interviewed.  I remember Britney Spears performing at little league ball games (she grew up close to me) and I think fame “got to her”, so I think he has handled fame with class. Based on what I do know of him I respect him as a young man.  I do not profess to have any depth, culture, class or musical talent, but I do know what I like and I am wishing Mr. Joe Jonas  great success in his solo music and acting career.