Why I Have FAITH In The Next Generation

There is so much in the media today about bullying that it at times may cast some doubts about America’s next generation’s potential. Recently some of my doubts are being transposed to actual admiration for this next generation. While I do acknowledge and agree that bullying is a big issue and it does deserve attention for efforts to reduce or even end it; we can also focus on this next generations potential greatness!

I have a nephew and a niece that are a part of “Generation Y”, or as they are also called the “Millennials”, that have stepped out of their comfort zones to help others. Both have traveled out of the United States to work with Christian missions. My nephew Trace experienced a humanitarian Christian mission to help feed some impoverished families in Coasta Rica and my niece Shelby helped build a church in Brazil. At their ages, I did not even

have a passport. Having recently talked with both about their experiences, they both shared how the feel connected to a bigger world because of their experience. One thing they both shared was how much, even in extreme poverty these people lived, they were proud of what little they did have and were happy in situations most Americans could not even imagine. Trace commented about how they would even sweep the dirt floors of their houses, taking pride in how”clean” they kept what to most in the U.S.A. would be considered a hut for a house.

Even beyond the small world of my family, I have been encouraged by this next generation. In Tennessee, 3 young men: Drew Gibbs, Taylor Grissom and Jesse Cooper surrendered their possible title of

Homecoming King to Scott “Scotty” Maloney who was born with Williams’ Syndrome (an uncommon neurological disorder that inhibits speech and learning). These 3 gentlemen understood how “Homecoming King” would be more an honor for Scotty and unselfishly allowed him to experience what may be Scott’s high school highlight. Not only were these 3 young men proud for Scotty to win, Scotty received a standing ovation from his fellow students, teachers and community.

In New Jersey, Jacob Rudolph in a speech accepting a class award for class “actor” revealed he had been acting most of his 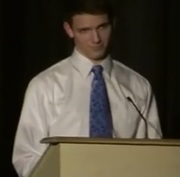 life, the role of “straight Jacob”. He said, “Sure, I’ve been in a few plays and musicals, but more importantly, I’ve been acting every single day of my life,” Rudolph told the crowd. “You see, I’ve been acting as someone I’m not…you see me acting the part of straight Jacob, when I am in fact LGBT.” First, I admire his bravery to “come out” in such a public way at a young age and second, I was so pleased to see the response of the crowd (mostly students) cheer and applaud his announcement. This is a huge improvement about young people’s attitudes about fellow gay students.

Finally I highlight Tavi Gevinson who out of basic teenage boredom started a blog (stylerookie) that has now led to an online magazine “Rookie”. Now at 16 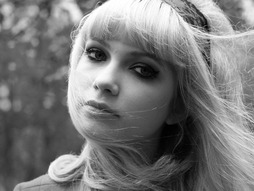 she is invited to fashion week shows and found the audience that wanted to read about her opinions of fashion and culture. I write this blog still seeking my audience (lol). She now also has one other accolade – she is the youngest guest ever on “The Colbert Report”. I would not even be able to get “The Colbert Report” to even read an e-mail, much less read (or know about) my blog! At 15, she was a speaker and made a presentation for TED Talks.

Trace just graduated from university having studied to be a teacher and Shelby is in university now studying to be a speech pathologist. Both are pursuing careers that that will share their talents and HELP others!  I really am proud of them and have a great admiration for what they are doing with their lives. I also know it is not just my nephew and niece – it is their generation. I look forward to this generation “running” the country!

Blogging is not free!  Help cover the costs!