Being Cool Comes Naturally…. Just As Insecurity Does 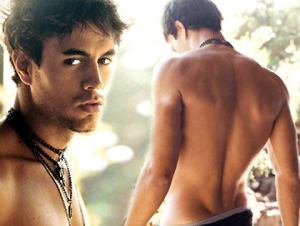 Cool” comes so easily and naturally for some people.  I look at Adam Levine of Maroon 5 and ask myself – how “cool” can one guy be?  Enrique Iglesias may have genetically inherited his ability to ooze “cool” in multiple languages.  Making people laugh makes Wanda Sykes MUY (very) “cool” in my book.

Brad Pitt and Angelina Jolie even make being over 40 with kids look “cool”.  I could chill beer in the presence of this line up… but what “cool” factor do these people have in common?  Ok – other than being one sexy bunch – they support the gay community and its causes.

Adam Lavine loves and is very supportive of his gay brother Michael and is proud as a judge on “The Voice” that the show does not try to suppress contestant’s sexuality like American Idol does (remember contestants R.J. Helton, Jim Verraros, Clay Akien, Adam Lambert?).  Enrique admittedly loves his gay fans and has even serenaded a gay guy with his song “Hero” at the G-A-Y club in London.  Wanda Sykes “came out” at Las Vegas Pride to lend support to defeating Prop 8 that would recognize only marriages between 1 man and 1 woman in California.  Brad Pitt and Angelina Jolie gave donations of money and time to also help defeat Prop 8.

All my life I have wanted to know how it feels to be “cool”.  My idea of being “cool” would be to have  confidence, be

secure about how I feel about myself while also being apathetic of others opinions.  Even as a mid 1980s runway model with a 28″ waist, I never felt confident.  I had earned a swimmers build by actually swimming, tan-lines that were the result of the sun – not a tanning bed and actually did not look bad in a swimsuit!  But still, I cried myself to sleep wishing I was not so thin…. now I cry myself to sleep wishing I was thin again!  Talk about serendipity!!  Even when I may actually have been a little cool… I did not or could not see it!  My “coolness” was blinded by my internal struggle with own identity.

The saddest thing is I could not identify my internal conflict.  Coming to terms with having been sexually molested as a child by a guy in my neighborhood created BIG TIME insecurities that I still carry today.  Not understanding how this may or may not have affected my sexuality made for a lonely time in my late teens and early twenties.  I also came to terms with “religion” as I knew it wanted nothing to do with me.  At that point in my life, I never knew any gay people, was naïve about celebrities being gay,  much less noticed straight celebrities that were “cool” and/or supportive of the gay lifestyle.  I do not think that being gay is an issue of being “cool”, but back then, to know it would not be “UNcool” to be gay would have saved a lot of dark thoughts that I had about myself.

Even in my confusing high school experience, a classmate when added to my facebook a while ago let me know he thought of me as one of the “cool” kids in high school.  When I was growing up, if I could have had the positive examples from the gay and straight communities that exist today…. I would have been “cool” or been able to see myself as having the possibility of being “cool”.  I do not hold up my “cool” line up to unreasonable standards, I can imagine at

some point (or even now) they lacked confidence in themselves.  Enrique is a performer that may feel his father’s shadow over him; Wanda Sykes was once married, so she had issues with her sexuality also; Angelina Jolie is famously from a dysfunctional family… now Adam and Brad’s confidence issues are much less evident! 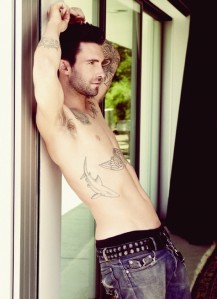 Adam Levine has “Moves Like Jagger”, a voice that is smooth like silk, bad boy tattoos, and looks that can kill harder than James Bond!  Adam is also my ALL-Star “COOL” guy and my straight guy crush!  Enrique will be the gay community’s “Hero”.  Wanda Sykes will tell you “I’ma Be Me”!  Brad and Angelina will wait to marry when gays have the same right.  I am 44 years old and still fight insecurities on many levels, but the key difference… I realize I am not alone…. if everyone were honest… we would admit we all have insecurities… even the people we think are “cool”. But in the mean time….some kid somewhere is seeing not only gay celebrities, but also straight celebrities stand up and say…. I am confident of who I am and not worried what others think….. and I will stand with gay friends and family… and even if these kids miss the support at home…. maybe they can find support with a growing crowd of people who love them and want them to understand no one can “BE COOL” all the time!!  Enjoy your “cool” moments!!