Tolerance Is the Same in ANY Language

I am still so surprised to see how willing people are to wear their intolerance and hatred as a badge of honor in 2012.  They say it 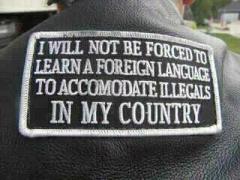 is their first amendment right and its free speech!  I agree!  But I also know free speech has a price!  That is right, I feel free speech is not always free.  Just as anyone has the right to say whatever they want, someone else has the right to say just the opposite and they may be able to say it louder and even have more voices joining in support.  The price that comes with the freedom of speech is to  listen or to exercise  the responsibility to know when it is just best to shut up!  Each time I write a blog, I expect opposition.  I am a realist and understand not everyone (maybe very few) will agree with me.  I am a little late to the game to discuss Kirk Cameron’s insensitive comments about gays, Rush Limbaugh’s attack on Sandra Fluke and then Patricia Heaton insulting Ms Fluke even further.  But what I have to say is timeless (and correct)!!  lol

Kirk Cameron feels he speaks for ALL Christians when he berates gays saying homosexuality is  “unnatural … I think it’s detrimental, and ultimately destructive to so many of the

foundations of civilization.”  But when gays and activist for gay causes were outraged, he defend himself by saying, “”I should be able to express moral views on social issues, especially those that have been the underpinning of Western civilization for 2,000 years—without being slandered, accused of hate speech, and told from those who preach ‘tolerance’ that I need to either bend my beliefs to their moral standards or be silent when I’m in the public square,”  WHAT AN IDIOT!!  No one said he did not have the RIGHT to say what he did, people just expressed their own “moral views on social views” that opposed his.  He was not a victim… he just learned he did not speak for all Americans just the ones with his narrow opinions.

commentator.  But I think even he was surprised at the backlash after calling Sandra Fluke a “slut” and a “prostitute” after she testified before Congress in favor of  drug coverage for contraception.  Advertisers used their freedom of speech (money) to say we do not want our product associated with your program.  But he also learned an apology is not always enough to make Americans forget.  I support his right to say what he wants just as I support the advertisers right to distance themselves from his program.  As he questions drug coverage paying for contraception for women, I question drug coverage paying for his Viagra.  Being the crazy liberal I am, I think drug coverage should cover both.

five mean-spirited Tweets like, “If every Tweaton sent Georgetown Gal one condom, her parents wouldn’t have to cancel basic cable, & she would never reproduce – sound good?”  Or this one,”G-Gal: you’ve given yer folks great gift for Mother’s/Father’s Day! Got up in front of whole world & said I’m having tons of sex- pay 4 it!”  That is only two of the five I read.  She later apologized.  It was easy for me to remove her ABC show “The Middle” from my dvr because if she had tweeted one hateful thing, I would accept her apology as sincere, but since she Tweeted so many, I felt she was apologizing because of the PR mess not because she truly meant it.

thoughts.  Just as I am happy that in America I have the freedom to write and comment on their actions from a more open-minded perspective.  Sandra Fluke was not deterred in her attempt to share her opinion even after such brutal attacks as I continue to enlighten others of the rights of gays.  I am not sure what Sandra Flukes view are regarding homosexuality, but I would sure welcome such a smart, strong, and fearless woman also defending my cause.

The fear I do have is that all of this intolerance and hatred is being understood by kids, youth, and even young adults as acceptable.  Many Americans are concerned about bullying in schools and many parents say – they did not

learn to act that way at home.  I ask, or did they learn it at home?  When you make insensitive comments about immigrant’s limited language, use terms like MY country instead of OUR country, or say things like “those people” when referring to gays, black people, or disabled people; you are teaching the universal language of intolerance!  No one in the United States is even FORCED to learn and use English properly, so there should not be any fear of being FORCED to LEARN anything in America.  Like learning proper English or a foreign language – LEARNING the language of tolerance is voluntary for individuals, but necessary for society! 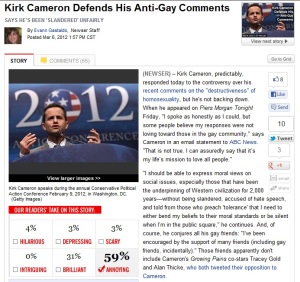 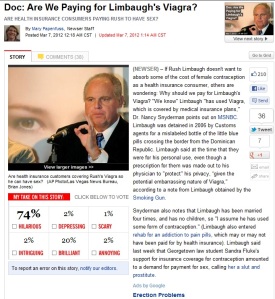 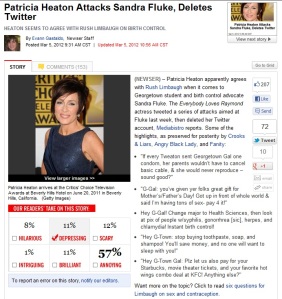